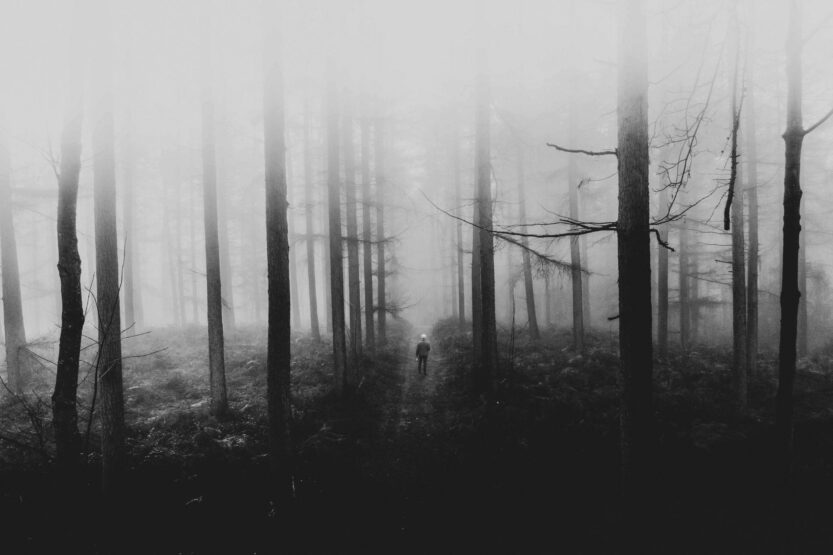 Ruth B is the stage name for the Canadian singer and songwriter Ruth Berhe. Ruth rose to fame when she started uploading song covers on Vine. The singer gained massive attention for a six-second video of singing “I’m a lost boy from Neverland, usually hanging out with Peter Pan.” When fans flooded her with requests to complete the song, she slowly started working on it and eventually released the single in January 2015.

So far, Ruth has released two studio albums, Safe Haven and Moments in Between, that came out in 2017 and 2022. The singer-songwriter also has two EPs, titled The Intro and Maybe I’ll Find You Again. Ruth B was signed by Columbia Records and has released all her albums through their label except for the 2021 studio album. Her first studio album won Gold Certification in both the US and Canada.

Read this article till the end to find out Lost Boy lyrics meaning.

The title draws its inspiration from the children’s fairy tale Peter Pan, published in 1911. The song frequently mentions characters from the story such as Peter Pan, Wendy Darling, Captain Hook, and most importantly, the lost boys of Neverland. The singer feels lost and out of place in her life but shares that Peter Pan helped her find her true home by introducing her to Neverland.

Going through the Lost Boy Lyrics Meaning, we learn about Ruth’s belief that Neverland is not just a place but a state of mind where we are at peace. In an interview, Ruth mentioned that through the song, she wanted to share feeling lonely & alone is a universal feeling & we all experience it at some time in our lives.

There was a time when I was alone

Nowhere to go and no place to call home

My only friend was the man in the Moon

And even sometimes he would go away too

Then one night, as I closed my eyes

I saw a shadow flying high

He came to me with the sweetest smile

Told me he wanted to talk for a while

He said, “Peter Pan, that’s what they call me

I promise that you’ll never be lonely”

And ever since that day

When trying to learn Lost Boy Lyrics Meaning, we see the song begin with the singer describing a phase of her life when she felt lonely. In an interview, Ruth said we all have moments when we feel alone and lost, and this song addresses that emotion. The singer shared that she has experienced this melancholy every time she switched to a new school.

The singer talks about feeling that she doesn’t belong in the new environment and seeks the comfort of home or familiarity. The only friend through the changing times was the man on the moon, which refers to the face-like pattern visible on the full moon. We know the man is imaginary, but the singer sees him as a ray of hope in the dark skies.

However, the man on the moon disappears when the moon transitions into a new moon, leaving the singer feeling lonely. Then the singer talks about finding a friend in Peter Pan, a character inspired by the fairy tale by the same name. Peter Pan is a classic story of a mischievous and adventurous little boy who never grows up.

Peter Pan introduces himself to the singer, and she immediately relaxes seeing his sweet smile. He says he wants to talk with her. He also promises to free her from her loneliness & solitude by taking her to Neverland, just like he took Wendy Darling & her brothers in the traditional tale.

I am a Lost Boy from Neverland

Usually hanging out with Peter Pan

And when we’re bored we play in the woods

Always on the run from Captain Hook

Away from all of reality

The chorus concludes that the singer has found a new home in Neverland and is now a member of Peter Pan’s lost boys’ group. The singer now plays with her friends and Peter Pan when she gets bored rather than sitting melancholy with her thoughts. They are always on the run from Captain hook, just like the classic tale.

The other lost boys in the group encourage the singer to run from reality and find an escape through imagination. The singer says that Neverland feels like home to all the lost boys and that finding the place makes her feel like home. In Neverland, she is free to be her true self without any doubt or fear.

He sprinkled me in pixie dust and told me to believe

Believe in him and believe in me

Together we will fly away in a cloud of green

To your beautiful destiny

As we soared above the town that never loved me

I realized I finally had a family

Peacefully my feet hit the sand

And ever since that day…

The second verse starts with the singer sharing that Peter Pan sprinkled her in pixie dust, a synonym for fairy dust, and enabled her to fly. He also encouraged her to trust him, but more than that, Peter Pan wants the singer to believe in herself. He shares that he will help the singer reach her beautiful destiny by flying her on a green cloud.

As the singer leaves with Peter Pan, she realizes she is escaping a place where she never felt happy or accepted. When she reaches Neverland, the singer discovers that she has finally arrived where she belongs, with her new family. When her feet touch the ground of Neverland, she knows this is her home, the place where she can finally find peace, proving yet another lost boy is finally home.

Even Captain Hook, you are my perfect storybook

Neverland, I love you so, you are now my home sweet home

Forever a Lost Boy at last

Let’s look at the last part of lost boy lyrics meaning, its bridge. The singer references the original characters from the tale, including Peter Pan, Tinker Bell, Wendy Darling, and even Captain Hook. She says that they are her favorite, making it the perfect storyline for the singer. She has now found her home in Neverland and has fallen in love with her sweet home. She has now turned into one of Peter’s lost boys.

Lost Boy is the second listed track on Ruth B’s first EP, The Intro. The piano pop ballad originally got introduced to the world through YouTube by the singer on 18 January 2015. She later released the tune on iTunes in February 2015. The song peaked in the US Billboard Hot 100 Charts at the 24th position and earned the highest spot at number 16 on the Billboards US Mainstream Top 40.

In the year-end US Billboard Hot 100 Charts, Lost Boy secured 76th place. The song has Platinum Certification in the UK, 4X Platinum in the US, and 6X Platinum in Canada. The music video for the song that helps listeners learn Lost Boy Lyrics Meaning came out on 9 May 2022 and has managed to reach over 162 million views on YouTube.