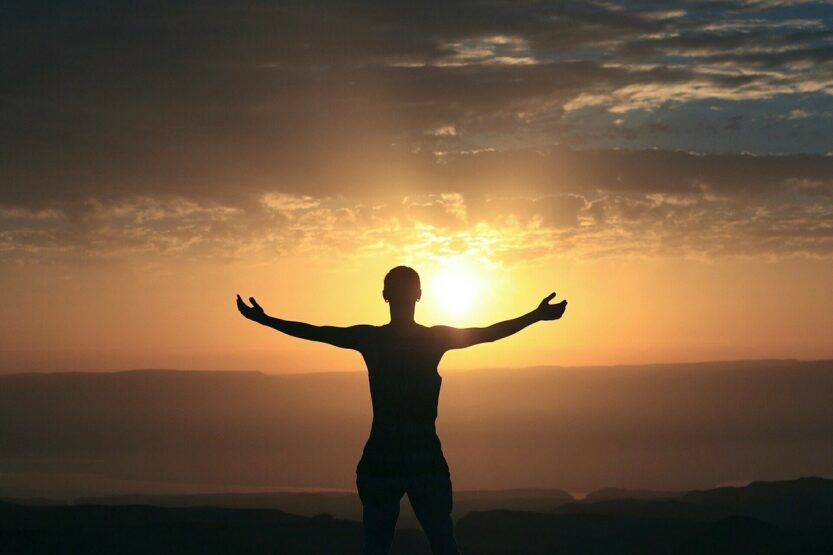 ‘I Alone’ is a track in the post-grunge genre, which is less harsh than grunge. Well, it’s the second single from LIVE’s Throwing Copper album. Ed Kowalczyk is the song’s lead singer. ‘I Alone,’ he claims, is not a love song as many people believe. It is, after all, about religion and spiritual beliefs. He believes that rather than accepting what religious leaders say, one should seek, find, and practice religious truth.

Kowalczyk’s vocal range is from C#3 to G4. The key of G major is used in “I Alone.” In fact, the song peaked at No. 6 on Billboard’s Modern Rock Tracks list. It was ranked as the 62nd best song of the 1990s. Live performed “I Alone” in Woodstock ’94 and again on July 23, 1999, at Woodstock ’99 in Rome, New York. This song was featured on TV shows such as Homicide: Life on the Street, Beavis and Butthead, and Silicon Valley.

Ed Kowalczyk was searching for religious truth. He wrote this song at a time when he was dealing with a lot of unresolved problems. Indeed, he represents his search with holy images. One such example is the biblical Garden of Eden. Kowalczyk was living in an old barn with only a coal furnace for heat. That’s where he got the inspiration for “I Alone.” Well, he was sitting by the stove with an acoustic guitar, and he started singing that chorus.

This song is about finding answers for many of life’s challenging issues. Probably, those are questions about God, the meaning of existence, the source of suffering, and so on. Religious leaders and religion have made it difficult for people to find solutions to these questions. They do not aid in the search for solutions. Instead, if you question them, they will ‘abandon you.’

The term I Alone implies that we must put up effort to find solutions to our questions. No religious leader will assist us in finding solutions to our complicated life concerns. Evidently, they merely require followers.

“I Alone” demonstrates that the songwriter believes he must strive to save himself. Or he must work to find solutions to his questions, not other religious leaders.

It’s easier not to be wise

And measure these things by your brains

I sank into Eden with you

Alone in the church by and by

I’ll read to you here, save your eyes

You’ll need them, your boat is at sea

Your anchor is up, you’ve been swept away

And the greatest of teachers won’t hesitate

To leave you there, by yourself, chained to fate

The songwriter’s desire for spiritual enlightenment inspired the opening lyrics “It’s easier not to be wise.” He was fascinated with spiritual traditions and philosophy. Above all, his interest was in seeking solutions to life’s major questions. The first statement confirms that being wise is difficult. He claims that measuring these things is difficult. It’s an acknowledgement of our failure to find answers to life’s complex problems. I Alone lyrics meaning of verse 1 will lead you to a different perspective to spirituality.

‘I sank into Eden with you’ refers to the Garden of Eden, where Adam and Eve disobeyed God. God kept them in excellent conditions, but they rebelled and ate the fruit that God had forbidden them to consume. God had provided them with a plenty of fruits, so it was simple for them not to eat from one tree. Nonetheless, they rebelled and brought sin and death to all mankind. Singer sank into Eden to figure out what occurred there. And, most likely, the big mysteries of existence, such as why do we die.

He mentions going to church and reading. Perhaps he is referring to reading the Bible or religious texts. Then he compares human life to a boat without an anchor. Because religious leaders have abandoned them, leaving everything to chance. They blame God for all their problems. They claim it is fate or that God predestined it. And the following continue to be silent, blaming God for everything.

I alone tempt you

Fear is not the end of this!

I alone tempt you

The chorus expresses the author’s realization that the only person who will love you is you. He underlines that both temptation and love come from within us. He is most likely promoting finding wisdom and enlightenment within oneself as a priority. Perhaps he came to this conclusion after failing to find solutions to his questions in religion.

It’s easier not to be great

And measure these things by your eyes

We long to be here by his resolve

Alone in the church by and by

To cradle the baby in space

And leave you there by yourself chained to fate

I Alone lyrics meaning for verse 2 expresses the author’s surrender. It is simpler not to be wise than it is to be great.’ We long to be here by his resolve’ what does it mean? The songwriter was forced to believe that everything happens due of God’s will. He reiterates that the religious leaders have abandoned us. The word “church” conjures up images of religion and religious leaders. ‘We’re left’ to trust fate and cease asking questions.

Oh, now, we took it back too far

Only love can save us now

All these riddles that you burn

All come runnin’ back to you

All these rhythms that you hide

Only love can save us now

The tone shifts in the bridge. It presents the opposing viewpoint that only love, not religion or religious leaders, can save humanity. He discusses the riddles he wishes to destroy. Riddles may relate to the problems that the performer and humanity are facing. He underlines that love is the one thing that can save everyone. “These riddles that you burn”. An embarrassing remark is referred to as a ‘burn’ in slang.

These riddles are most likely mentioned by the vocalist as something humiliating. Because he is unable to find solutions to these problems. Or he could be saying that we need to get rid of these questions and keep going forward with love. Because he began to feel that only love could now save us. He may be referring to God, who demonstrated his love for us by allowing his son to give his life for us.

I Alone lyrics meaning for bridge shows that the singer discovered an answer to his question. Or, at the very least, he has backed down on his inquiry.

Because only love, according to the lyrics, can save us. This lyric reminds us of a Bible text. According to Scripture God loved the world so much that he gave his only-begotten son. It goes on to state that those who put their faith in him will get saved. So we can see a link between love and saving lives here.

This is a song with a deeper meaning regarding someone’s spiritual journey. Listeners can interpret it as a love song. However, according to Kowalczyk, it is a spiritual journey of the common man without satisfaction.