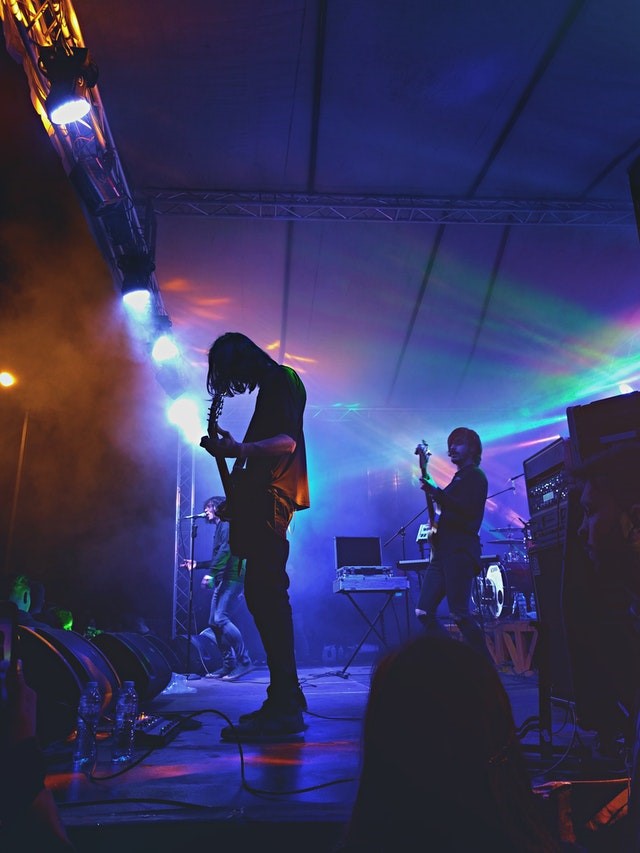 Do you like listening to rock songs? Then this must be a perfect article for you to read, if you are into rock songs. This article is based on Black Keys song “Tighten Up” lyrics meaning. The Black Keys is an American rock group formed in 2001 in Ohio. The group is formed of the duo Dan Auerbach, a guitarist and vocalist, and Patrick Carney, the producer plus drummer. They both started making music independently, self-producing records in their basement. They cover genres like blues rock, indie rock, garage rock, etc.

The duo started the band after dropping out of college. They made their debut with their first album in 2002 named The Big Come Up. This album led them to sign deal with Fat Possum Records, an independent record label for blues artists. Their songs show their influences from Delta Blues. In 2003 they released Thickfreakness which became commercially successful. The album was completed recording in 14 hours and it was also used in some shows and movies.

In 2004, the duo released their third album named “Rubber Factory” that brought more fame to the band. They had to create a makeshift studio other than their basement studio to record this album. The duo group released an album Chulahoma, in 2006, consisting of covers of songs by Junior Kimbrough. This lead them to sign deals with big labels in 2006 like Nonesuch Records. Around 2008, the band released fifth album Attack & Release by collaborating with a famous producer Danger Mouse. The album reached number 14 in the charts of Billboard 200.

In 2009, Auerbach launched Keep It Hid, his first solo album. Carney formed a band Drummer, felling betrayed by Auerbach’s solo release and released his solo album Feel Good Together. The duo later reconciled and performed in the 2nd Annual Roots Picnic in Philadelphia. Their Sixth album Brothers became their big achievement in 2010 along with their hit single “Tighten Up”. The band won three Grammy Awards, one for “Tighten Up” and other two for the whole album. So, Black Keys “Tighten Up” lyrics meaning is worth knowing.

The rock duo’s seventh album El Camino was at number two in the charts of Billboard 200.This album also won three Grammy Awards along with its single “Lonely Boy”. The band released their eighth album named Turn Blue in 2014 and completed their Turn Blue Tour in 2015. The Black Keys band returned with their ninth album Let’s Rock in 2019 and tenth album Delta Kream in 2021.

“Tighten Up”- What does the title mean?

Before learning the Black Keys “Tighten Up” lyrics and their meaning, let’s take a look on the meaning of the title of the song. “Tighten Up” is the first single produced by Black Keys. It is also a part of their sixth album Brothers, 2010. It became their first song to reach Billboard Hot 100 chart. The song was listed on 15 best Whistling Songs by Rolling Stone. The song also peaked number one in Alternative Songs chart for 10 weeks, and Rock Songs chart for 12 weeks. “Tighten Up” became the last song to receive Grammy Award in 2011 for The Best Rock Performance by a Duo or Group with Vocal.

The official music video includes Auerbach and Carney sitting in a park watching their fictional sons playing. Suddenly their sons start fighting for a small girl in attempting to tempt her. While breaking their fight, both Carney and Auerbach see the mother of the little girl which was played by Carlotta Elektra Bosch, a Spanish actress. Both Carney and Auerbach start hitting each other like their sons. Seeing this, the actress walks away in disgust. In the end their sons look at them with disappointment. The music video won Breakthrough Video in MTV Video Music Award in 2010.

The song starts with a whistling part. The protagonist in the song seems to love someone who isn’t loyal to him.

Verse 1– What does it mean?

I wanted love, I needed love

Someone said true love was dead

The lyrics of the first verse of “Tighten Up” show that the protagonist has heard people saying that true love never exists. But he seems to believe in love and he sees true love in his partner.

Take my badge but my heart remains

Tighten up on your reins

In the second verse of the song the character tells his lover that even if his pride is wasted, his heart will still belong to his lover. He demands his partner to ‘tighten up’ her reins because she is moving way too fast in the phase of love. This probably shows the partner is cheating on him and he wants her to stop this.

Sick for days in so many ways

Yeah, it’s out of sight

The third verse presents a frustrated protagonist who is in need of relief in tough days. His heart is aching knowing about his partner cheating on him.

Verse 4- What does it mean?

When I was young and movin’ fast

Now I let the others pass, I’ve come around

Oh come around, ’cause I’ve found

In the fourth verse of the song the protagonist presents his young days. He remembers his rough and barbaric youth when he was free and did everything. No one was there to tie him down. But now he sees others and thinks that love has tied him down to a level of destroying him.

Outro or Bridge- What does the outro/bridge mean?

Goin’ just to be sane

All the while not knowin’

It’s such a shame

I don’t need to get steady

I know just how I feel

I’m tellin’ you to be ready

The outro /bridge starts with a very different tone.

The outro or the bridge of the song shows that the character has accepted his fate. He says that he is just living without any goals in life. He knows pretty well that his partner has cheated on him. But he loves her to such an extent that he is ready to forget everything and go on living with her. He has hope that his partner will be ready to live with him and still love him. He states that he is much more loyal in giving love than her and he expects her to do the same.

“Tighten Up” has got appreciation from many artists and critics. The protagonist in the song seems to be ready to give up his everything in order to get love from his partner. But the partner is dishonest and keeps on doing things she shouldn’t. The song seems more like a request from a lover to his partner. The Black Keys “Tighten Up” lyrics meaning take you to a world of a character who is different than any typical lover. “Tighten Up” lyrics arrangement is a bit unique with its catchy whistle.