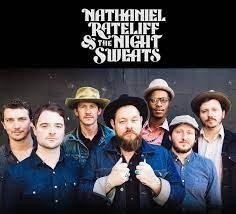 S.O.B. is one of the most famous songs created by Nathaniel Rateliff, an American singer and songwriter. He is known for both his solo acts and performances with the band Night Sweats. The song S.O.B., released in the year 2015, was a joint venture by Rateliff and The Night Sweats. Released as the lead single from their album named “Nathaniel Rateliff and The Night Sweats”, it was produced by Richard Swift and written by Rateliff himself.

The song gained a lot of popularity after the band came on Jimmy Fallon’s show and performed it there for the audience on the 5th of August 2015. It was on “The Tonight Show” that Rateliff talked about the inspiration behind this song. To understand the true meaning behind the song, it is essential to get deep into the sob lyrics meaning. This song is about the destructive habits, especially drinking, that a person takes up after they go through a heartbreaking breakup.

The song title, “Son of a bitch” deals with everything that a person has to go through in that painful stage of their lives. Rateliff, in an interview for RollingStone, had said there was a time when he was drinking almost a liter of alcohol in a day all by himself. His wife had told him to not return home, and he knew that he had ruined years of his life by drinking it away. It was then that he decided to quit drinking. Though the song was written many years later, it was like a living memory of those dark days of delirium tremens, mindless drinking, and heartbreak.

The song, above everything else, talks about the negative impacts of excess of anything, be it pain or alcohol. But through it all, it brings out the message of standing up once again, never giving up, and trying to get back control over things gone wrong. The sob lyrics meaning will help you understand his pain and the very necessary message he wants his listeners to take home.

Verse 1: What Does It Mean?

I’m gonna need someone to help me

I’m gonna need someone to hold me down

I’m gonna need someone to care

I’ll start pulling out my hair

I’m going to cover myself with the ashes of you

And nobody’s gonna give a damn

Rateliff is very honest and straightforward when it comes to his interviews. In an interview that he had with Westword.com, he had talked about his tremendous pain which was the result of this song being born. The sob lyrics meaning of the first verse is pretty self-explanatory, where he yearns for some comfort, for some care. He almost desperately begs someone to come and hold him tight.

He knows he needs someone’s help. This holding of someone’s hand could be a direct reference to his delirium tremens. It is a case of psychotic reaction that a person goes through after having quit drinking. It was natural for his hands to shake a lot, for him to suffer from seizures, and for him to want to “pull out my hair” at that moment. He wants to cover himself up with the only remains of his broken relationship, that is, the ashes of it. In his dejected state, he feels nobody gives a damn whether he lives or dies.

Chorus: What Does It Mean?

Son of a bitch, give me a drink

This can’t be me

Son of a bitch

If I can’t get clean

I’m gonna drink my life away

S.O.B. is, to a large extent, a misunderstood song. Due to the heavy instrumentation, the drums, the horns, and the bass, especially during the chorus, make people take it as a fun party song. Which it is absolutely not. Through the sob lyrics meaning of the chorus, we get to know though the protagonist was trying his best to quit drinking, he was not quite successful at it. His inner voice was constantly telling him “this can’t be me”, but the outer self was leading him towards drinking again. The chorus is tragic, to say the least, as he declares he will knowingly drink away his life if he cannot successfully quit alcohol.

Verse 2: What Does It Mean?

Now for seventeen years, I’ve been throwing them back

Seventeen more will bury me

Can somebody please just tie me down?

Or somebody give me a goddamn drink

Bob Dylan’s famous song, “Moonshiner” has the lines “I’ve been a moonshiner/For seventeen long years”, shares a similar thought. According to the National Institute of Health, a person is more likely to develop delirium tremens if they have been drinking for over a decade. The sob lyrics meaning in verse two clearly state that the protagonist has been drinking for seventeen years, and they also have no intention of stopping. The background vocals at this point intensify as if to show the intensity of the pain felt by the protagonist. He is ambivalent about his situation. Though he is asking for help once again, he has no willingness to quit all by himself.

Bridge: What Does It Mean?

My heart was aching, my hands are shaking

As the protagonist’s condition starts getting worse, the song’s pace comes down a pitch, as if to show the end might be near. All this while, hand-claps could be heard, but in the bridge, they got replaced with finger snaps. One of the most terrifying symptoms of delirium tremens is hallucination, and that is exactly what is being hinted at here. He says that his pain feels enough to break his aching heart. He feels bugs are feasting on his flesh from the outside, as there is nothing more he can do to salvage himself from the inside.

The song’s introduction gives out a false sense of a happy beginning. Something fun, something celebratory. It is ironic given that the entire song talks about the extreme pain the protagonist goes through. Instead of celebrating something wonderful, the sob lyrics hint at something terrible. The lyrics of the outro keep on repeating as if indicating the cycle of addiction. It is a return to that beginning that will bring the protagonist to his end, without letting him break free. The sob lyrics meaning convey the extreme mental and physical pain the protagonist was going through.