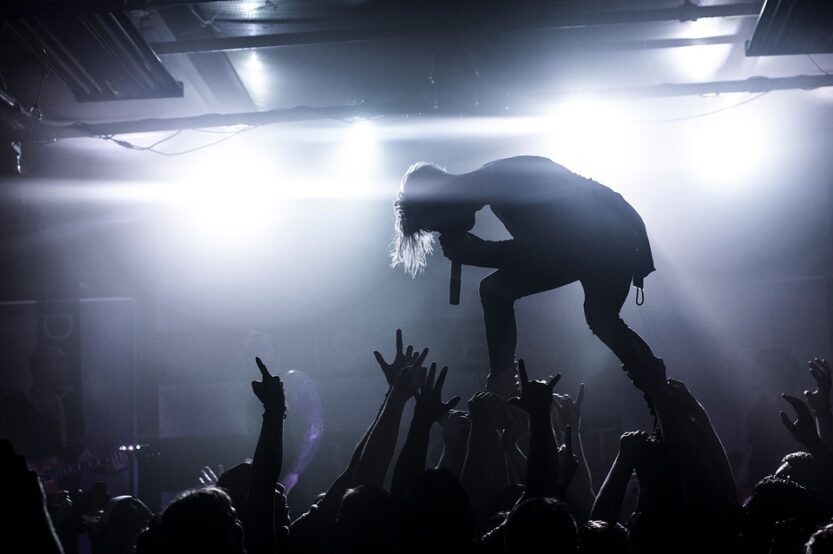 Twenty-one pilots, who also happen to be one of the music lovers favorite bands over the last decade are known for their soulful music collection. Their lyrical depth can be one of the most difficult one to comprehend.

The song is more complex than most listeners actually realize. The following description of Ode to sleep lyrics meaning is fairly accurate. Tyler Joseph is a poetic genius who depicts a bloody battle between voices of darkness. He is also a songwriter who clearly attempts to transcend the darkness in his lyrics.

The title of Ode to Sleep is an illustration of his fluctuating emotions or of him disputing with a voice in his head. “Ode to Sleep” is one of the most popular songs by Twenty One Pilots, which is an American musical duo. The band first recorded the song for their second studio album, Regional at Best, and then re-recorded it for their third studio album, Vessel, in collaboration with Fueled by Ramen.

Joseph admits that he had no idea just how it happened or what he was thinking but was delighted with the outcome regarding the song’s composition. Ode to Sleep is one of his favorite songs to perform live. Because he describes it as a “puzzle” due to its unique structure and how much it came together by accident.

Ode to sleep lyrics meaning states the song to be spiritual in nature. The voices seeking to take over his head are actually demons or possibly Satan.

Additionally, the song is musically disjointed, which I believe adds to this struggle as well as to the song’s originality.

“I wake up fine and dandy, but then by the time I find it handy

To rip my heart apart and start planning my crash landing

Why it’s got to be like this, is this living free?

Sun’s blood on my hands, I’ll tell the moon

Take this weapon forged in darkness

Some see a pen, I see a harpoon“

Ode to sleep lyrics meaning begins by how each day starts well. Still, ultimately, as the day passes, he initiates to a self-destructive path toward despondency, surrender, and possibly suicide.

Later, Ode to sleep lyrics meaning suggested that he may also be dealing with guilt over the hypocritical thoughts. He mentioned acts that undermine his religion and convictions [in God and Christ].

However, while he is attempting suicide or he is pulled up to the roof, it makes him feel his spirit begin to depart as God restores his mental health. The song’s overall theme of hardship is portrait transparent through Ode to sleep lyrics meaning.

He states here that during his time with God, he considers his failure to live the way. His desires or the way God desires, and he also pleads to God. Making him wonder why he must continue to struggle against hopelessness, sin, and the forces. All of these continue to entangle him and persuade him to give up.

Does that what it means to live freely? Clearly not. Additionally, Ode to sleep lyrics meaning suggested that the singer does not wish to show hypocrisy by continuing to pierce and sin.

Christ shed his blood in order to atone for man’s sins (or for people who believe, depending on your theology). The songwriter, through Ode, to sleep lyrics meaning, paints a phase of life that is distraught. He states himself to be aware that he is causing harm to his Savior by failing to live in the freedom that is intended for him.

At this stage, it is to be believed the songwriter starts to shift into a more optimistic mode of cognition. “I will stay awake ‘cuz the dark is not taking prisoners tonight” is one beautiful line from this song.

This phrase could mean one of several things:

Why am I not scared in the morning?

I don’t hear those voices calling

I swear I heard demons yelling

Those crazy words they were spelling

At some point throughout the night, following his choice to remain awake. The songwriter seemed to have silenced the voices of the demons speaking mad thoughts into his brain. The thoughts that are informing him that he was gone – it was indeed hopeless, he was doomed, and he might as well give it up.

Do I threaten all your plans? I’m insignificant”

Please tell ’em, you have no plans for me

I will set my soul on fire, what have I become?

He asks questions about the demons why they continue to afflict him. The more he perceives himself to be ultimately small in God’s kingdom. His life will not jeopardize the enemy’s goals (to lead people away from God).

Why is it that he does not perceive himself as a threat? Because he explicitly states that even during the bridge, his witness for God or otherwise Christ is nonexistent. Because he is hesitant to tell others who he adores.

“On the eve of a day that’s forgotten and fake

As the trees, they await, and clouds anticipate

The start of a day when we put on our face

A mask that portrays that we don’t need grace

On the eve of a day that is bigger than us

Desperately yelling, “There’s something we need!”

Same amount that I denied, I three-time MVP’d this crime

This verse unambiguously refers to Peter’s three denials of Christ in the New Testament of the Bible. The songwriter has contradicted Christ. Because he is scared to reveal who he cherishes and to whom he sings. Additionally, the bridge contains several other fantastic lines. The line where he states the beginning of a day when we put on a mask. It did represent that we do not require grace alludes to our terrible habit of overthinking. The thinking where we are without fault (sin). Therefore do not require God’s undeserved favor.

Ode to sleep lyrics meaning believes to be signifying that our lives are not about us but about how God utilises us in his great tale. He states that creation begs us for assistance, even for a Savior to deliver us from ourselves and from the enemy’s deceptive voices that encourage us to give up.

“I’ll tell ’em, you have no plans for me, I will set my soul on fire

I’ll tell ’em, please tell ’em, you have no plans for me

I will set my soul on fire, what have I become? I’m sorry“

At this point, he even requests God to inform Satan or even the demons that he is meaningless. He even mentioned that God has no intentions for him in God’s kingdom. This is certainly one of the demon’s lies about the songwriter.

This is the upheaval. This is the conflict. The phrases where he mentions him to put his soul on fire. It means that he is hopeless. He wishes to annihilate his soul. He ponders what he has become due to his deceit and denials of God. It is rather obvious here if you believe that the songwriter is apologizing to God.