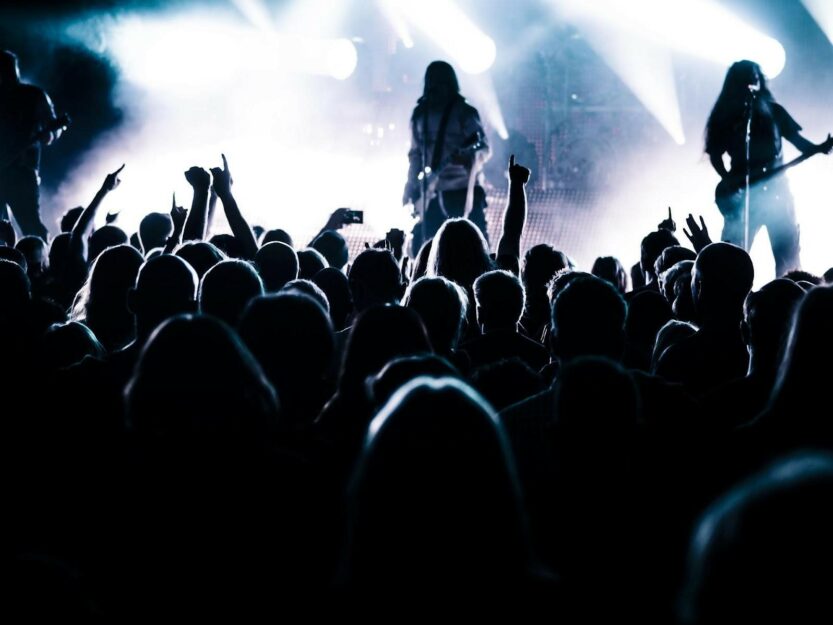 The group has released five studio albums which include albums like The Heroin Diaries Soundtrack (2007), This Gonna Hurt (2011), Modern Vintage (2014), and Prayers for the Damned and Blessed (2006). Two of their well-known songs from these albums are “Life is Beautiful” and “Lies of the Beautiful People”.

The song “Life is Beautiful” was written by Nikki Sixx. Born as Frank Carlton Serafino Feranna Jr. in 1958, he is an American songwriter, photographer, bassist, and co-founder of the popular rock band Motley Crue. He is the main architect behind the group Sixx A.M.

Nikki Sixx started his career in the music industry at the age of 17. He joined the band “Sister” and recorded a demo with the band. Unfortunately, he was fired from the band. In the year 1978, he went on to form another band – “London”. During this stint, he legally changed his name to Sixx. Later, he left the band due to various reasons and one of the prominent reasons is the departure of certain key members of the band.

Later in the year 1981, he and other musicians formed the rock band “Motley Crue”. This band went through a lot of ups and downs and in the year 2000, the band went into a hiatus. In 2004, the group reunited and went to perform many tours. While being the bassist for Motley Crue, Sixx established another group – Sixx A.M., and released some iconic songs.

Another key member of the group is James Michael. He is a record producer, songwriter, mixer, sound engineer, and most importantly the lead vocalist of Sixx A.M. He ventured into music during his childhood. In his childhood, he took piano lessons and was a singer in his high school’s choir. Later in his teens, he was associated with many local rock bands.

In the year 2000, he released his first solo album – Inhale. He mixed and wrote the entire album. In addition to this, he also worked as a record producer, songwriter, and sound engineer for a wide range of recording artists. In 2008, he cofounded Sixx A.M along with Nikki Sixx and DJ Ashba. He produced the band’s first album – “The Heroin Diaries Soundtrack”. The album remained on the “Billboard 200” for 26 weeks and one of the songs from the album “Life is Beautiful” was declared the number one rock track for the year 2008.

The third important member of the group is DJ Ashba. He is an American guitarist, record producer, and graphic designer. He began his journey in music in his childhood by learning piano from his mother who is a trained classical piano player. As he was growing, he picked up playing guitar. Later in his adulthood, he shifted to Hollywood and there started performing with different bands. In 2007, he cofounded Sixx A.M along with Nikki Sixx and James Michael and was the lead guitarist of Sixx A.M.

Let us look at the Sixx AM Life is Beautiful lyrics meaning.

Read on further to know more about the Sixx AM Life is Beautiful lyrics meaning.

“You can’t quit until you try

You can’t live until you die

Can’t breathe until you choke

You gotta laugh when you’re the joke

There’s nothing like a funeral to make you feel alive”

Just open your eyes and see that life is beautiful

Will you swear on your life

That no one will cry at my funeral?”

The above chorus says that a person with a problem should not live with his/her eyes closed but should look at reality and work on his/her problems. Then only he/she will realize how beautiful life is. This verse is an expression of his own experience.

“I know some things that you don’t

I’ve done things that you won’t

I was waiting for my hearse

What came next was so much worse

It took a funeral to make me feel alive”

The above lines explain his personal battle with addiction. His drug addiction led him to the threshold of death. He faced this multiple times. The last time that he experienced a near-death experience because of his addiction, he realized the reality of life. He also realized how devastated people would be at his funeral. This impacted him so much that he was forced to make changes in his life and became sober. This experience and the steps he took to overcome his problem made him realize that life is beautiful and worth living.

After this verse, the chorus repeats multiple times emphasizing the message that a person should keep his/her eyes open, face reality, and work on it. Then, he/she will realize how beautiful life is.

The Sixx AM Life is Beautiful lyrics meaning has been briefly explained above.

Life Is Beautiful is one of the iconic rock songs composed by Sixx A.M. Written by Nikki Sixx, the song gives a look into his struggle with drug addiction, his experience with near death, and the realization of how life is beautiful after this experience.