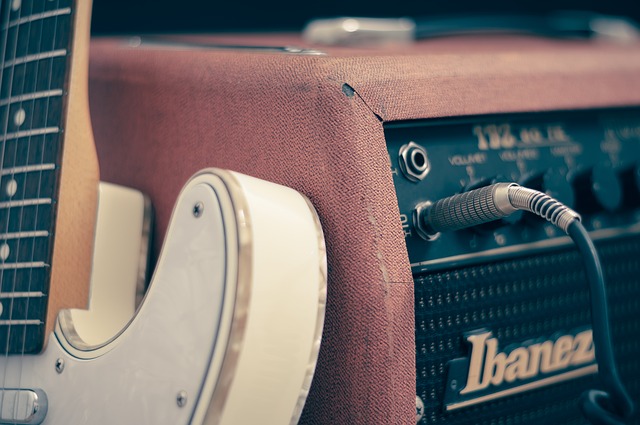 Purity Ring is a Canadian electro-pop band formed in 2010. The music group is spearheaded by multi-talented artists – Corin Roddick and Megan James. Corin Roddick is not only a producer, but he is also well versed in playing multiple instruments. Likewise, Megan James is also multi-talented. She is not only a great vocalist and a songwriter but also is good at playing the piano.

Before the inception of Purity Ring, both the artists were associated with a Canadian indie-rock band – “Gobble Gobble”. There, Corin Roddick played the drums, and Megan James played the piano. While on tour with the band, Corin Roddick got inspired by the sounds of R&B and Hip Hop and started experimenting with the beats of these popular music genres. Later, he composed beats for several tracks but needed a singer to add voice to the tracks. He contacted his long-time friend, “Megan James” who is not only an exceptional singer but also a good piano player.

Both got together and composed their first critically acclaimed song – “Ungirthed”. The story behind the composition of the song is interesting. The song was not composed at a studio but collaborated on the music online. At the time of composition, Roddick was based in Montreal while James lived in Halifax. Roddick made beats and sent them to James via email, and then she added her voice to the beats.

After the composition of the song, they formed the group “Purity Ring” and released the song in 2011. The song had an infectious vocal and melodious tune to it. The tune infused with pop and electro beats was a novel tune back then. After its release, the song soon garnered praise from music lovers. This brought the group into mainstream music and soon the duo was getting recognized.

The initial success of the song didn’t prompt the duo to rush out an album. Instead, they concentrated on releasing solo songs. They released a couple of solo songs and at the same time, they were also performing live acts. With such acts, they built a decent size of audience who appreciated their music. Later, after one and a half years, they released their first album “Shrines”.

“Shrines” was the debut album by the duo released in the year 2012 under the record label “4AD”. The album depicts electro-pop, synth-pop, and indie-pop beats with quality lyrics. The workings of the album had a similar story that the previous solos songs had. The album wasn’t recorded in a studio but made online.

As mentioned previously, Roddick lived in Montreal while James lived in Halifax, they collaborated on the album via email. Roddick used to send the beats to James via email, and then she recorded the vocals and reverted. She described the process as intense and long. After sending the vocals, Roddick had to rearrange the parts to get the song perfectly right, and thus it took a while for the album.

The album went on to earn several accolades. It debuted at a decent number on the “Billboard 200” chart and garnered the second position on the “Dance/Electronic Albums” chart. Besides this, the album received positive reviews from critics and went on to appear on several Critics Year-End lists.

One critically acclaimed popular track from the album is “Fineshrine”. Written and sung by Megan James, the song was declared one of the best tracks of the decade by Pitchfork – a popular online media company. Soon, the group released a music video of the same which is available on YouTube. The music video is cinematic with grotesque imagery.

Let us look at the Fineshrine lyrics meaning.

“Fineshrine” is one of the popular songs from the album “Shrines” produced by Corin Roddick and written and sung by Megan James. Corin adds outstanding beats to the song and James supplements it with her impressive vocals. It is a three-and-a-half-minute song with electronic pumping beats and soulful vocals.

Read on further to know more about Fineshrine lyrics meaning.

Below is a brief explanation of Fineshrine lyrics meaning.

What Does The Hook Mean

“Get a little closer, let fold

Cut open my sternum, and pull

My little ribs around you

The lungs of me be under, under you”

In the hook, the singer is inviting her significant other to occupy her heart. The lines mention words like ribs, lungs, and sternum, which are all close to the heart. The heart lies between the lungs, and the sternum and ribs protect them.

In the following few lines, she is implying that she will cut open the sternum and the ribs and place her significant other in between the lungs. Basically, she wants her love to be in her heart.

Over the rocky cliffs that you leave

To peer over and not forget what feet are

Splitting threads of thunder over me”

In the verse, she is suggesting that once her lover is in her heart, she will do anything to safeguard him.

What Does The Pre-Hook Mean

“That I might see with my chest and sink

Into the edges round you

Into the lakes and quarries that brink

In the pre-hook, the lines convey that she wants to totally dedicate her life to her significant other. She wants to be part of everything that he does. Her feelings are so strong towards him that she can’t be alone without him.

Over the rocky cliffs that you leave

To peer over and not forget what feet are

Splitting threads of thunder over me

Listen closely, closely to the floor

Emitting all its graces through the pores

You make a fine shrine in me

You build a fine shrine in me”

The song is one of the hit songs from the album “Shrines” produced by Corin Roddick and sung by Megan James. Released in the year 2012, the song describes a woman’s unfathomed love for her significant other.